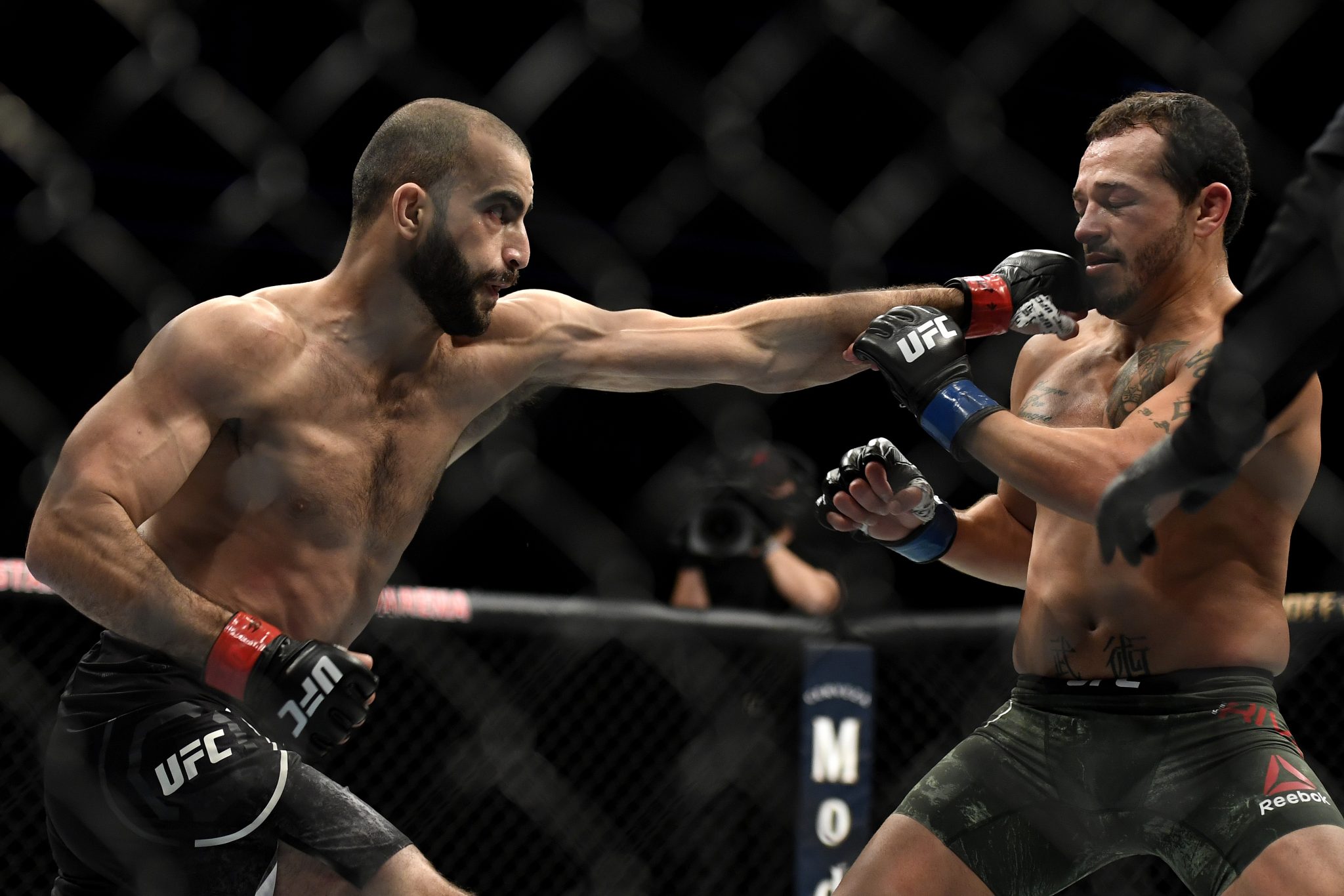 In the past few years, fans witnessed major development of Mixed Martial Arts fighters from the post-communist region. The Democratic Republic of Georgia always had amazing wrestlers throughout its history and since wrestling is the finest base for this Discipline, it’s obvious why many Georgian fighters are performing fine. If you enjoy rooting for young and talented fighters, you might as well check out PlayAmo Casino App.

With regard to Mixed Martial Arts, Georgian fighters got the attention of the western crowd not long ago.  Fighters from the Georgian region were mostly performing in Russian organizations. The world’s biggest MMA promotion eventually noticed their ability and has signed some Georgian fighters.

The majority of Georgians are having great success in the Ultimate Fighting Championship and we will look at the top 3 most talented Georgians in the promotion.

Merab “The Machine” Dvalishvili was born in 1991. From youthhood, Merab was dedicating his time to Judo and Combat Sambo and had a pretty huge success in those disciplines. At the age of 21, he transitioned to Mixed Martial Arts. Prior to the UFC signing, “The Machine” was having a decent career in a minor Mixed Martial Arts organization – Ring of combat. Merab was the first Georgian to join Worlds biggest MMA organization in 2017. Merab’s career in the UFC’s bantamweight division wasn’t great in the beginning and After receiving 2 consecutive losses in 2018  was on the verge of release. But eventually, Merab with his unmatched wrestling abilities and cardio managed to achieve 7 consecutive victories and is viewed as one of the potential title challengers. His pace, energy, and wrestling skills are what separate him from the pack. Merab’s only flaw is a lack of finishing abilities, but besides that, Dvalishvili is a perfect fighter.

33 years old Giga Chikadze is yet another outstanding talent from the Republic of Georgia. Ahead of his MMA career, Giga had amazing accomplishments in kickboxing. He signed a contract in 2019 and his first bout was scheduled against Brandon Davis. After getting 5 back to back wins against unranked opponents, Chikadze finally got booked against a big name – Cub Swanson. Giga dusted the UFC veteran in a spectacular fashion. His next opponent was yet another veteran – Edson Barboza. Both fighters delivered a kickboxing show, but eventually, Chikadze got the finish in the third round. The Georgian fell short against Calvin Kattar in January 2022, but he is still considered to be one of the most exciting fighters on the featherweight roster. In his 8 UFC fights, Chikadze showed a big heart, determination, amazing kickboxing skills, and chin.

Ilia Topuria, currently based in Spain, has a Georgian nationality. He was born in Georgia and lived in Rustavi for years. Despite the fact that this young man had only a few fights on the featherweight roster, he is already regarded as a crowd favorite. Topuria debuted against Youseff Zalal on short notice in 2020 and got the victory via unanimous decision. From this point forward, Ilia was delivering breathtaking performances. His fame went upwards after the confrontation in the hotel with another young prospect from UK Paddy Pimblett. Topuria is a young, hungry, and hardworking individual. As of yet, he hasn’t shown any weaknesses in the octagon and is regarded by many experts as a universal fighter.